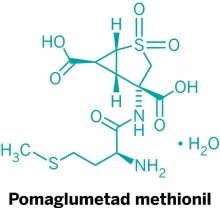 Citing the best interests of patients in Phase II clinical trials, Bristol-Myers Squibb has stopped development of BMS-986094, a nucleotide polymerase inhibitor for the treatment of hepatitis C. BMS acquired the compound with its $2.5 billion purchase of Inhibitex earlier this year.

BMS stopped the drug trials on Aug. 1 when one patient suffered heart failure. That patient subsequently died and eight others were hospitalized. The cause of these adverse events has not been completely established, BMS says, but the company has reported a $1.8 billion pretax impairment charge for the third quarter related to its decision to stop development.

Meanwhile, Eli Lilly & Co. announced that it will halt Phase III studies of pomaglumetad methionil, or mGlu2/3, for the treatment of schizophrenia after determining that the drug was not going to meet trial objectives. The company says the decision is not based on safety concerns. Lilly expects the move to result in a third-quarter charge of $25 million to $30 million. 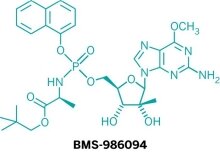 Lilly also reported disappointments in Phase III trials of its Alzheimer’s disease drug candidate solanezumab. The company says decisions on future development of solanezumab will be made after consultation with regulators.

The cancellations show that drug development risks are shared by companies that purchase late-stage compounds and those that develop drugs entirely in-house, says Richard M. (Erik) Gordon, a business professor at the University of Michigan. “It is just a risky business because you are trying to do something medically difficult—cure really tough diseases without any side effects,” he tells C&EN.

BMS’s acquisition of Inhibitex is an “amazing” failure, Gordon adds, given that the deal hinged on just one molecule rather than a portfolio of drug candidates. “This is a $2.5 billion acquisition, and eight months later it’s probably really worth nothing,” he says. “I don’t think a CEO at any drug company is going to pull a trigger like that again very soon.”