Oxy And Mexichem Join For Ethylene 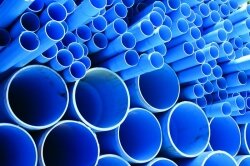 Seeking to integrate its operations with inexpensive shale-based petrochemicals, the Mexican chemical company Mexichem will partner with Occidental Chemical to study the construction of a new U.S. ethylene cracker.

Mexichem envisions a joint venture with Oxy to build a 500,000-metric-ton-per-year cracker. The ethylene would be converted at Oxy’s Ingleside, Texas, plant into about 1 million metric tons of vinyl chloride, which in turn Oxy would sell to Mexichem as a polyvinyl chloride feedstock.

Mexichem and Oxy hope to have the study and basic engineering for the plant wrapped up by the second quarter of 2013. The cracker would open in 2016. Neither Mexichem nor Oxy produces its own ethylene at present.

An abundance of cheap ethane feedstock derived from natural gas shale has rejuvenated the U.S. petrochemical industry in recent years. Since March 2011, other companies that have unveiled plans for crackers are ChevronPhillips Chemical, Dow Chemical, ExxonMobil Chemical, Formosa Plastics, Sasol, and Shell Chemicals.

Oxy has been hinting for more than a year that a cracker might be in its future. In June 2011, it announced a feasibility study for a natural gas liquids fractionator at Ingleside and said it would “explore various options for future supply of ethylene” to its vinyl chloride operations there. Oxy filed regulatory paperwork for the fractionator in May.

Mexichem, meanwhile, has been pursuing an aggressive strategy of acquisition and capacity addition. In 2003, it was a Mexican fluorspar and chlorine maker with about $250 million in annual sales. By 2011, it had become an integrated producer of fluorochemicals and PVC with a multinational footprint and $3.75 billion in revenues.

John Stekla, director of ethylene studies at the consulting group IHS Chemical, points out that Oxy is the largest buyer of ethylene on the U.S. Gulf Coast and also has access to upstream hydrocarbons. “They are in a perfect position to do something to be integrated into the ethylene molecule,” he says. Such integration would likely make Oxy more competitive in the increasingly robust vinyls export market, Stekla adds.