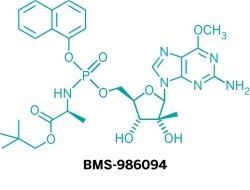 Several big pharmaceutical firms have been hit by clinical setbacks that are weakening their drug pipelines at a time when older products are falling to competition from generics (see page 22).

Pfizer and its partners Johnson & Johnson and Elan have discontinued development of bapineuzumab, an antibody against amyloid-β, a protein that makes up the hallmark plaque in the brains of people with Alz­heimer’s disease.

Pfizer disclosed in July that the first of four Phase III clinical trials of bapineuzumab was not successful. That study tested the drug in people carrying the gene ApoE4, a population that had not seen an improvement in an earlier trial. Even so, researchers had hoped the treatment might prove effective for noncarriers of the gene. But last week Pfizer halted studies to test the drug among noncarriers after the first Phase III trial also failed.

Bapineuzumab came out of a long-standing collaboration between Elan and Wyeth, which Pfizer acquired in 2009. That same year, J&J paid $500 million to buy into Elan’s share of the partnership. Bapineuzumab marks the second high-profile Alzheimer’s drug failure for Pfizer. In 2008, the firm paid Medivation $225 million for access to dimebon, a small molecule that tanked in Phase III studies in 2010.

The bapineuzumab failure is also problematic for Elan because it now depends solely on the multiple sclerosis drug Tysabri. Shares of Elan fell 15% after the poor data from the first Phase III study came out, making Elan a potential acquisition target by its multiple sclerosis drug partner Biogen Idec, according to Leerink Swann stock analyst Marko Kozul.

Meanwhile, Bristol-Myers Squibb has experienced its own late-stage disappointment. Earlier this month, the company abruptly halted a Phase II study of BMS-986094, an NS5b inhibitor to treat hepatitis C, after a patient experienced a serious heart-related side effect. BMS had just added the drug candidate to its pipeline in January, when it paid $2.5 billion to buy Inhibitex.

Analysts say the drug, a key component of BMS’s late-stage pipeline, will be delayed and possibly scrapped entirely. Either way, BMS will fall behind competitors developing all-oral regimens for hepatitis C.

Comments
everbright99  (09/02/2012 at 10:50 AM)
This nucleoside drug does not look pretty, that is why it is doomed.
» Reply
Leave A Comment
Most popular
Related Articles
Copyright ©2012 American Chemical Society