A Career In The Rare Gases 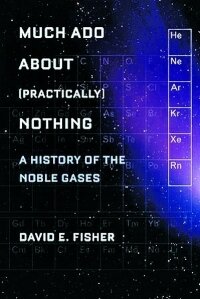 Most of us remember where we were on the occasion of truly seminal events such as the assassination of President John F. Kennedy on Nov. 22, 1963, or the Sept. 11, 2001, terrorist attacks in New York City and the Washington, D.C., area. I recall clearly when I first learned of Neil Bartlett’s revolutionary synthesis of xenon hexafluoroplatinate(V).

As science teachers, we view ourselves as open-minded and uninfluenced by authority. We regard our scientific beliefs as tentative hypotheses that we abandon or modify in light of new discoveries. Yet in July 1962, at a conference on Advances in the Chemistry of Coordination Compounds at Ohio State University, my open-mindedness was put to the test—and failed! Someone interrupted one of the lectures to announce that Bartlett, a young lecturer at the University of British Columbia, had prepared a compound of the inert gas xenon.

Faced with the news that one of chemistry’s most cherished assumptions—the inertness of the so-called inert gases—had been broken, I chose to assume that the announcement was a joke. But the joke was on me when I read a detailed report about Bartlett’s discovery in Chemical & Engineering News (DOI: 10.1021/cen-v040n041.p039).

Within several years, articles, reviews, and entire books on noble gas compounds appeared, ending forever the joke that prevailed among chemists of my generation—a book titled “The Chemistry of the Inert Gases” that contained only blank pages.

David E. Fisher’s latest book, “Much Ado About (Practically) Nothing: A History of the Noble Gases,” doesn’t deal with the chemistry of the noble gases. (He doesn’t even mention Bartlett.) Instead he concentrates on their discovery, physical properties, and applications, especially their role in his half-century research career dealing with them.

Fisher, who retired in 2008, held fellowships in nuclear chemistry at Oak Ridge and Brookhaven National Laboratories. He worked in the engineering physics department at Cornell University and the geological sciences and cosmochemistry department at the University of Miami, where he was the founding director of its Environmental Science Program. He’s a true Renaissance man. Besides teaching in physics, politics, international studies, geology, and religion departments, and writing almost 100 scientific articles, he’s a published playwright, actor, airplane pilot, and author of nine novels and 10 works of nonfiction.

As vividly exemplified by this book, Fisher is one of a select group of practicing scientists who possess the knack of using human interest to reach the man or woman in the street. With a personal, self-revealing approach, he presents authentic and generally positive images of science and how it functions. In a lucid, entertaining, and wide-ranging style, he interweaves his own work with the breakthroughs of other eminent scientists to demonstrate how the noble gases have changed our ideas about our own planet, the sun, and the universe. He relates fascinating accounts of research that reveal not only the rich histories of the gases but also the many, often surprising uses to which they have been put, from the intricacies of the atomic nucleus and the neutrino—which is among the tiniest of elementary particles—to the energy source of the stars; from cosmology and the age of Earth to oil exploration; from the genesis of life to its end; from environmental poisons to the curing of psoriasis and sick dogs; from life on Mars to cancer here on Earth.

Using a down-to-earth vocabulary, Fisher pulls no punches in his likes and dislikes, calling one colleague a “son of a bitch,” for example. His book is peppered with pertinent quotations from a variety of scientists and nonscientists. It includes a photo gallery of six scientists who figure prominently in his story, references to books, articles, and Internet websites as recent as 2009, and a handy index (four double-column pages). 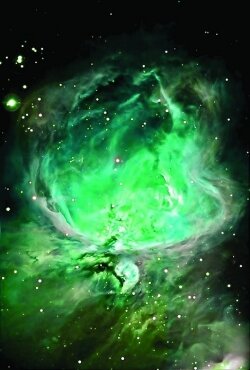 In the first chapter of his 21-chapter tome, “Philosophy and Apology,” Fisher declares what his book is not: “a comprehensive, in-depth review of all the uses to which the rare gases have been put,” and what it is: “an attempt to portray the most important aspects of the story in a readable (i.e., jargonless) manner, along with an account of my fifty years of the gases and people met along the way.” In Chapter 2, “In the Beginning,” Fisher introduces himself as a young postdoc at Brookhaven National Laboratory, where he had intended to study nuclear reactions but was “subverted” to the question of cosmic ray interactions in meteorites. In the next four chapters, he discusses the discovery of the rare gases and the role of helium in meteoritic research, determining the age of Earth, radioactive dating, and Ernest Rutherford’s scattering experiments that led to the Bohr nuclear atom.

Fisher doesn’t shy away from controversial topics. In Chapter 7, “Interlude: Helium, Argon, and Creationism,” he describes in detail his debate in 1982 with Henry M. Morris, founder of the Institute for Creation Research, at the Coral Ridge Presbyterian Church in Fort Lauderdale, Fla. The dispute centered on the biblical versus scientific estimates for the age of Earth.

In what he thought would be a clincher for his biblical argument, Morris triumphantly quoted to the sellout crowd of several thousand devout followers a sentence from the article “Potassium: Argon Problem in Iron Meteorites” in the Journal of Geophysical Research (DOI: 10.1029/JB073i016p5429), “We conclude that the high ages, based on potassium argon dating, are not valid but are probably due to some unknown mechanism.”

In a surprise move Fisher turned the tables on his opponent. Morris had unwittingly quoted from Fisher’s own article!

Fisher then elucidated to the crowd the scientific method—how science actually works—which he does repeatedly elsewhere in the book:

“What we were trying to do in the quoted paper was test whether the method was applicable to iron meteorites, and we decided that it wasn’t,” Fisher writes. “That’s the strength of the scientific method. And when a method doesn’t work we say so. Iron meteorites are difficult to date, but stone meteorites—and our Earth—are not. The methods have been tested and they give reliable dates: our world was created four and a half billion years ago.”

Fisher concludes that he had annihilated his adversary, but his wife, who had overheard the congregants’ remarks as they left the church, told him that the congregation had decided in Morris’ favor. So much for the power of logical argument.

In 1960, Fisher left Brookhaven for Cornell, where he began to work on the then-new technique of activation analysis. The method led to the discovery that the K/Ar ages of iron meteorites were greater than the age of the solar system and therefore that the iron ages were simply incorrect. In Chapter 10, “K/Ar and the Irons,” he warns the reader: “This chapter is a tale of things gone wrong and ideas that didn’t pan out. So if all you’re interested in is in learning about the universe, skip it. On the other hand, if you want to know how science works, in fits and starts, this is about as good a description of one of the fits as you’re likely to find.”

Fisher deals with life at Cornell during the turbulent decade of the 1960s. He and his wife never wanted to spend the rest of their lives there. (Even physics Nobel Laureate Hans A. Bethe called Ithaca “centrally isolated.”) Fisher was denied tenure in what he labels a “classic story of university politics, with several subplots” (which he details, including extramarital affairs, naming names).

In Chapter 20, “Radon and You,” Fisher warns us how the heaviest and last discovered of the noble gases is percolating through the soil and into our houses and water supplies. He explains how to deal with the problem.

In the last chapter, “L’envoi,” he pragmatically admits, “I cannot pretend that the history written here will tell us what breakthroughs are in store for those working with the noble gases. That’s why they call it research; if you knew what the result of your experiment was going to be, there’d be no point in doing it. … What’s coming next? I have no idea and, no matter what they tell you, neither does anyone else. Which is what makes it all so exciting.” He enthusiastically concludes: “Time sure flies when you’re having fun. What is the path? There is no path. On into the Unknown!”

I am pleased to recommend heartily to young and old readers alike this captivating, significant, original, and unique contribution to the scientific and popular literature, which is balanced, well organized, and well written. There is no dearth of inspiring books for young people that present the positive aspects of scientific research, both academic and industrial. In his “inside story” of the scientific enterprise, Fisher’s optimistic but realistic approach is tempered by reality; he doesn’t ignore its negative sides or view the scientific community through rose-colored glasses. For older scientists like me who enjoy reminiscing on a long career, it offers a welcome and nostalgic trip down memory lane.

George B. Kauffman, professor emeritus of chemistry at California State University, Fresno, is the recipient of numerous awards, including several from the American Chemical Society: the Pimentel Award in Chemical Education, the Award for Research at an Undergraduate Institution, and the Helen M. Free Award for Public Outreach. A 60-year ACS member, he was selected as an ACS Fellow in 2011.